The web is a very quiet place these days. Gone are the days of dodgy auto-playing midi tunes from the Geocities era or loud over the top flash splash screens. I can’t say I miss these aspects of the web particularly and they certainly weren’t great examples of enhancing user experience with sound – but could we do more with sound?

Ever since the age of Star Trek we have heard computers and technology bleeping and blipping at us on TV or in movies – from windows minimising and maximising, keyboard input to clicking buttons or using a scrollwheel. This sound-rich UI approach is yet to fully penetrate our real lives beyond annoying alert notifications on our phones. 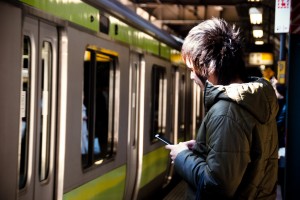 The browsing of the web and consumers use of technology in general is shifting to mobile devices and as such there are a whole host of new considerations UX designers must take into account when bringing sound into the equation . People are no longer just sitting at home or in the office infront of a PC in a quiet room when interacting with technology. They could be on a plane, in a shop – even up a mountain.

The context in which people use their various devices is extremely important when considering when and how we should use sound as a medium for feedback or improving the user experience.

For instance, when using a device on the train it is very common that people will be also using that device to listen to music. Therefore this may impede any sound based feedbacks ability to be heard. In the future it may well be possible for websites to detect if sound is already playing, or if the device is on slient mode and enable or disable audio feedback appropriately. In this often cramped situation a noisy phone is not likely to win you many friends either.

A different example could be using a mobile device for turn by turn navigation. Sound can play a much greater role in feeding back information to the user as visual cues may be less safe to take account of whilst driving. 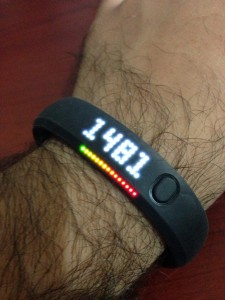 Wearable devices are starting to take off and one area which is already becoming fairly well established is the wearable activity trackers, such as Fitbit or Nike fuel. With increasing connectivity with phones and other devices via Bluetooth these devices are already starting to integrate more deeply into our lives.

It is easy to see how sound can play an important role in helping people achieve their fitness goals by offering subtle reminders when they are due to do some activity or are close to reaching their targets. Some apps such as Nike+ even cheer when somebody ‘likes’ your run on Facebook as a form of encouragement.

Voice recognition and response is also maturing, with Apple’s Siri and Google Now offering usabale information in an audio format where arguably more standard input mechanisms would have taken longer. As these services keep improving users will be able to do more with them and they can offer a viable alternative to more traditional interfaces.

The demographic of sound 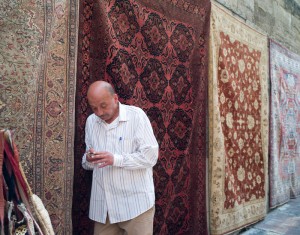 I have often observed in usability testing and with my own family that older people or those less comfortable with technology often have the ‘key tap’ sound still enabled on their phones. This is normally the first thing many of the younger generation turn off as it can be considered to be quite irritating in a public setting. However, this audio feedback provides a vital form of confirmation to people who are used to hardware keyboards or not familiar with touch screen technology.

Of course other (more publicly acceptable) forms of feedback such as haptic feedback can be used in this particular situation, but this is just one use of sound as an enabler to enhance accessibility.

The experience of music

We all know a great tune can elicit a powerful emotional response. Being able to affect a user’s mood or emotions in a positive way is one of the holy grails of user experience design.

Music is an important part of game design, a pastime which is increasingly moving to mobile – 32% of all time on mobile is spent gaming (source: Supermonitoring.com). 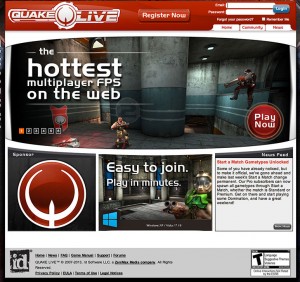 I am not just talking only about native apps here. The power of improving broadband speeds, HTML 5 and other web technologies is increasingly allowing the browser to become a place for play and therefore for it to be a place for music. It is already possible to play full games such as Quake 3 or the Settlers which was a feat impossible just a few years ago.

Stores already pipe music into customers to help improve their mood and therefore (hopefully) increase their propensity to buy. You could imagine a store companion app which might play carefully selected music to a customer depending where they are in the store or what they were looking at and possibly add voice descriptions of products as an added bonus. Perhaps even a satisfactory little jingle could play when you make a purchase.

In 1982, Milliman et al. conducted a study in a New York City grocery store investigating the effect of music tempo on shoppers’ buying behaviors. The experimental design was simple but the results were insightful: playing slow music led to A) significantly more time spent in the store and B) a significant increase (32%) in gross product sales when compared to behavior when fast music was playing. – source

Learning from the old 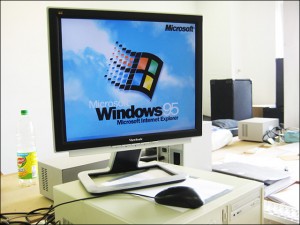 The Windows 95 start up sound is probably instantly recognisable to the majority of the population over a certain age – crafted by the renowned Brian Eno. It is a triumphant fanfare indicating that what you are about to use is going to be amazing. Of course it usually crashed a few minutes after – but the intention and effect was there.

My iPhone is silent when I turn it on. I think this is a bit of a shame. For a new owner – probably already pretty excited about their purchase – this would be a great chance to give them an extra little emotional jolt in the right direction. Being able to impact the first impressions your user has with your system or product cannot be underestimated. Sound could help you win some key brownie points if used in the right way.