User Testing On a Budget – You Are Not The User

It’s easy to fall into the trap of thinking you are the user when you are wireframing your screens. In most cases you aren’t so you must use user testing to ratify your design decisions. 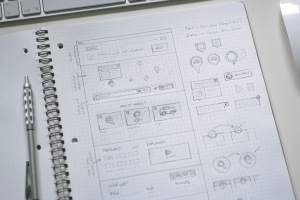 I was recently working with a client to help them be more user-centred in their design work. On beginning this project it was apparent to me that those who were working in UX design roles saw their job as creating wireframes and sketches.

They also attended the occasional lab-based user testing session where they would observe users with the designs which they and their colleagues in the creative department had created. Some feedback from these sessions would then be incorporated into the designs.

With a lot of emphasis in the role being put on the designs themselves, there was less consideration for the user. The danger of this is it can lead to the UX designer using themself as the user. Whilst this may sometimes be the case, it is not good practice.

We can all be very opinionated when it comes to creating the best design for a screen but we must remember to put ourselves in the user’s shoes and inform our design decisions with actual user feedback. 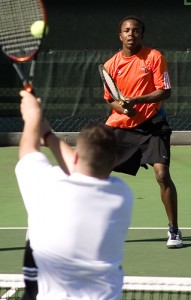 A City Council website could be used as an example here. Two colleagues working in the Council’s UX team would likely draw up different designs if they started to create them without following a true user-centred approach.

One of the team might enjoy leisure activities so therefore consider finding local sports facilities as a prominent section of the site, whereas their colleague might be mostly concerned with how they can get advice and benefits.

I could go on, but the point is that in order to create truly effective designs they need to be user-centred. Before diving in with some detailed designs consider the activities that are going to make these designs more effective. Do user research, create a set of personas, review web analytics, define user journeys and understand the red routes – recurrent and critical activities which users wish to complete on the site.

User testing without a budget

As mentioned above there was some user-centred design going into this particular client’s work with a decent budget for usability testing. Feedback gained was incorporated into designs. Despite this, when there was a project which did not have budget for a lab-based session there was a lack of creativity and passion from the team to get user feedback.

Budgets can often restrict the opportunity to get a user into a lab for formal user testing but there are other ways to gather feedback. As well as being cheaper these methods can also be quicker and more effective.

In the city council example, a logical starting point for qualitative user research might be to take a visit to the waiting room at the council building where it is likely there would be a group of people willing to give their thoughts for a small reward.

Budget constraints are a fact of life and often UX is one of the first places hit by them. It is the UX team’s responsibility to show passion and creativity to do what they can to gather user insight before, during and after the design process.