The Psychology of Slacktivism

I was travelling on the tube (the subway for our American readers) the other day and caught a glimpse of a new fundraising campaign by Macmillian Cancer Support called ‘Shave or Style‘.

Normally when you think of fundraising campaigns you think of things like cycling across Europe, climbing a mountain or something vaguely challenging. I was interested to see what warranted a donation to Macmillan this time.

Once I got above ground I decided to check out the website and was mildly shocked to discover that all the campaign was based around was people essentially going to the hairdressers and getting a haircut. Ok, some people are going full shave, but the other suggested alternative is just to get a new style.

The success of Cancer Research UK’s ‘No makeup selfie’ campaign has alerted savvy charity marketing departments to the fact that they can tap into the vast potential market of slacktivists, or armchair activists. This is the name for people who do something extremely minor in the belief that they have contributed to make the world a better place.

Your retweet will save this child in Africa from starvation. 20 more shares and this scientist can cure HIV. Like this post to reverse global warming. Hm, perhaps not.

The secret behind this of course is that people get a nice little ego boast along with their ‘charitable’ contributions. Would the ‘no makeup selfie’ have been so popular had comments like “You look so pretty without makeup” been disallowed? I wonder how many people chose to just donate without posting a status update about it. Shave or Style from Macmillan seems to be engaging a similar ego-centric tactic for fund raising.

So what is the psychology behind this?

Social proof, also known as informational social influence, is a psychological phenomenon where people assume the actions of others in an attempt to reflect correct behavior for a given situation –Wikipedia 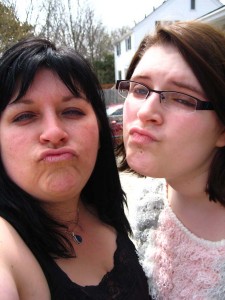 When people are unsure of how to behave, they will tend to do what those around them are doing. It’s why things such as ‘6 of your Facebook friends have liked this’ or even generic best seller lists work so well. In the absence of your own knowledge, if your friends or the general public are choosing one product over another it must be the best one right?

In the same way you don’t want to be left out when all your friends are being so ‘charitable’ do you? You’ll be a social outcast. Imagine the horror if you were to post a selfie with makeup. You spawn of Satan.

Joseph Dickerson has an interesting post on Ego driven design. 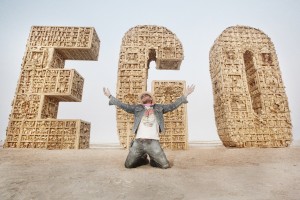 Social media is very much based around fulfilling your own ego. The very fact you have a profile is testament to that. It’s your shop window to the world. Where you present your most carefully crafted thoughts and deftly photoshopped selfies. Who can truly claim they don’t get a little buzz when they get a like on their latest sunburnt holiday photo?

We are becoming a more ego-centric society. Selfies, Snapchat, front-facing cameras. Let’s not pretend those cameras are just for Facetime.

These latest campaigns by charities cleverly speak right to the egos of people. Not only do you get a nice boost from your latest haircut but you get a boost from the deluded view that you have done something totally selfless.

After all, what a terrible hardship it was to get a hot new do. You had to drive to the hairdresser and endure an hour of inane chat about holiday destinations for christs sake.

But we’re spreading the word..

The argument for these type of campaigns is of course not necessarily just that some money may be raised but that it can increase awareness of a cause. However, I’d be interested to see some concrete stats showing any correlation between amount of retweets or likes vs. actual results on the ground.

A report from Kirk Kirstofferson, Katherine White and John Peloza seems to suggest that the results are fairly limited when a public display of slactivism is the primary engagement with the cause:

Importantly, the socially observable nature (public vs. private) of initial token support is identified as a key moderator that influences when and why token support does or does not lead to meaningful support for the cause. Consumers exhibit greater helping on a subsequent, more meaningful task after providing an initial private (vs. public) display of token support for a cause.

It’s no secret that charities tend to spend around 20% of donations on simply running the charity. Social media can potentially reduce some direct marketing costs and allow them to spend more on the cause itself.

Don’t get me wrong, I can see both sides of the argument here. There may be some tangible return on all this ego inflation for good causes. But if we are being asked to donate, can we at least make the activity slightly more humiliating for the do-gooder? That’s all I ask.