We talk to Michael Angeles from Balsamiq about their rapid prototyping tool.

1. How would you describe Balsamiq to those new to UX?

Balsamiq Mockups is a rapid wireframing tool that provides rough, sketch-style output so that you can focus on what’s important during the earliest-stages of product design. Low-fidelity elements keep visual design out of the conversation so that teams may concentrate on idea generation and feature selection, and focus on finding the right ideas early when iteration is inexpensive and disposable.

2. How did you get involved with Balsamiq and what is your background?

I was an early user of Balsamiq. I’m an information architect and interaction designer, and over the years I’ve tried many of the tools available for wireframing interfaces. I liked the focus that Mockups provided and believed it solved a problem that I was familiar with very well.

Peldi and I had been talking about the product and I wanted to use Mockups on a community project. Several discussions later and it became obvious that we needed to work together.

3. Balsamiq and Axure are probably the two of the most common tools used by UX designers. Do you see Balsamiq in competition with Axure or does it serve a different need?

We don’t believe they’re really in the same category. This is something I get asked about occasionally, and for us the line is clear. We provide a very simple modeling tool. It isn’t a tool for creating interactive prototypes, but it does provide basic linking features for static wireframes. We believe that many teams benefit from leaving wireframes and jumping to code when design decisions have been made. Many of our customers work in Agile and Lean environments, so this way of working makes sense—stay light on documents, and spend more time in discussion.

For designers that want to prototype, but aren’t comfortable doing it in code, more complex software to fill that need is abundant, and we happily refer them to alternatives when we see that we’re not the right fit.

4. One of the great things about Balsamiq is as it has grown it has retained it’s core company culture, has that been challenging? 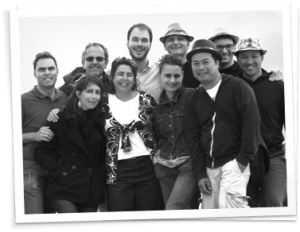 I think I can speak for the company when I say that what’s been most challenging is the need to grow. We believe in keeping growth in control because we want to work on this company and our products for the long term. We don’t want to compromise our ideals, and grow too fast. I think this is much harder to do than to just take funding to grow faster. That said, we do believe we need to grow organically and have been doing that. But at each phase of growth many of us are working hard on making sure an understanding of our beliefs and culture are at the center of that process.

5. What do you think has lead to Balsamiq’s success?

I would say that there are a few things that contribute. The openness and personality of a founder that genuinely cares about making a meaningful company and product is probably the most important aspect. A clear vision about how we solve the wireframing problem has helped. The way we do support is also certainly a factor. Our ability to communicate with our customers and community is key. I think we understand many of the problems they face as designers and developers—support is more like an ongoing conversation to us than simply providing service.

6. myBalsamiq is the web version of your tool, do you find people use that in addition to the desktop version or instead of it?

We see many teams using myBalsamiq primarily. Some are only using myBalsamiq. But many people do go back and forth between Desktop and myBalsamiq, so we see the need to provide a more seamless synchronization between the two as a necessary next step.

7. It is very easy for software to get bloated with features users request over time, how do you keep this in check? 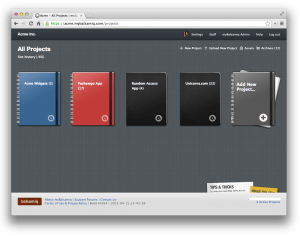 Through constant conversation. It’s clear that the product has had to grow in features a bit more than Peldi’s initial vision. Mockups is really like an iceberg. Much of the feature growth has happened below the surface.

The core ideas we discuss in our Manifesto are what keep the features in check. Having drawn that line and expressed our beliefs makes it easier to know what we believe in as a company. It makes the discussion about how to evolve Mockups a bit like the discussions a parent might have about how to influence their child’s growth.

8. One of the unique things about Balsamiq is the community driven support. In your opinion why aren’t more companies taking this approach?

I think a lot of companies do community-driven support. I like some of the smaller companies like ourselves who have good relationships with customers, and communicate openly about their products. I think what we do well is stay heavily involved in the conversations in our forum, we reply openly to tweets and other messages in the social media, and we do so as real people, not as staffers following strict policies or procedures. Val, frequently tells me how customers are shocked that we answer our phones, for instance.

9. What’s next for Balsamiq?

We have been working hard lately on our company, making sure we’re well staffed for all the exciting features and projects we have in store. That foundation-laying effort is coming to an end, so you’ll see us accelerate in the coming months. We have learned over time that it’s risky to promise features too far in advance, so we won’t share anything right now, but stay tuned on our company blog for updates. 2013 and 2014 will be exciting years for sure.