How I built an app – Part 1: User needs and prototyping 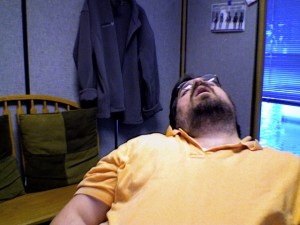 It was a few months ago. I was in a meeting which was going round and round in circles. It’s a situation that has happened over and over throughout my working life.

I tried to pin down exactly why it was and then it hit me: almost none of these meetings had an agenda. Or where they did – it wasn’t stuck to.

It seemed to me an app that could help with easily creating agendas and helping people facilitate would not only result in more productive meetings but significant time (and therefore money) savings for businesses.

Thus the idea of MeetMate was born.

Actually getting an app built from the ground up using only my connections and a small budget was a completely new challenge and something Google didn’t appear to offer much help with.

I’m not saying this is the right, or even the best way of going about it – but it’s what I ended up doing. Thus I hope this guide will prove useful (or at least of interest) to any non-developer about how to get their idea on the App Store using a user centric approach.

The first stage as in any user centred project was of course to uncover more about the user needs which may be present around the concept of creating and running meetings.

Fortunately I know a wide pool of people from different sectors who are responsible for running meetings from:

In exchange for caffeine I had a 30 minute chat with a variety of different participants about how they go about running meetings, their approach to creating agendas, whether their meetings follow a certain format and so on.

After affinity mapping the results of these findings this left me with essentially a backlog of emerging user needs and design assumptions which would form the basis of my app.

I could then test against these design assumptions when I took it out for guerilla testing.

Getting across an app idea in pure wireframes can be tricky and I believe mobile is a medium where prototyping is essential.

Interaction can be much more complex on mobile and thus seeing people actually playing with it is invaluable.

That lead me to a search for some app prototyping tools. The two forerunners after a bit of research were Proto.io and Pixate.

Both had their merits but the fact I could run my prototype via an app using Proto.io lead me to choose it over Pixate.

A few hours of prototyping resulted in something which I could take out and test with real users which was quite satisfying and a lot faster than I thought it would be.

I did several rounds of user testing which resulted in a number of findings that either:

After testing with around 5 users I made some amendments to the prototype based on the findings and took it out again for another round of testing with a similar number.

The insight I gained from this resulted in a 3rd iteration of the prototype which I tested again.

By this stage my prototype and it’s functionality was converging nicely with what my best understanding of the user needs was at the time. I had also solved many of the usability hurdles that were present in earlier versions.

Next time: The business plan and branding 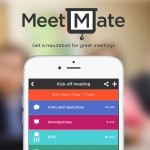